A bike is for life not just the commute 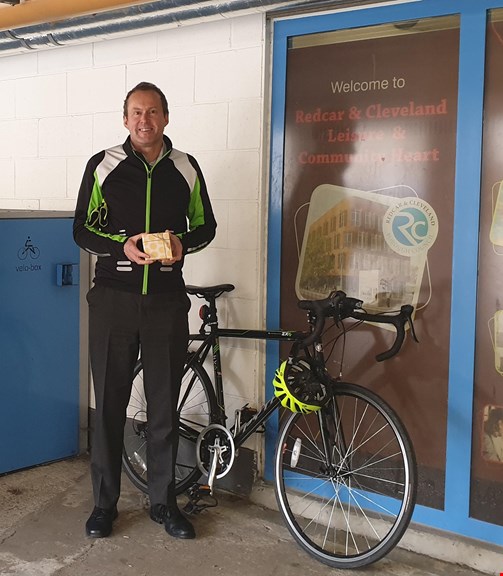 David is a keen cyclist and chooses to carry on his love of cycling into his daily commute. Not only does he cycle to work he also uses his bike to travel around Redcar during his working day, so often turns up to meetings in his reflective jacket and cycling helmet!

David was involved in an accident whilst cycling a year ago where he was knocked off his bike. Despite that he has regained his confidence and within 6 months was using his bike again to travel to work. He relayed his story of the accident and said that his injuries were minimised due to wearing his helmet and thanks to a plastic soup bowl and hardback library book he was carrying in his back pack!

David uses the bike parking under the Redcar & Cleveland Leisure and Community Heart, where there are secure bike parking spaces for 6 bikes.

More info about cycling in the Tees Valley

Get involved in the Commuter Challenge

We run our Commuter Challenge across Tees Valley, improving employee well-being and reducing pressure on car-parking. If your business would like to get involved you can contact Alex Kay at Let's Go Tees Valley.