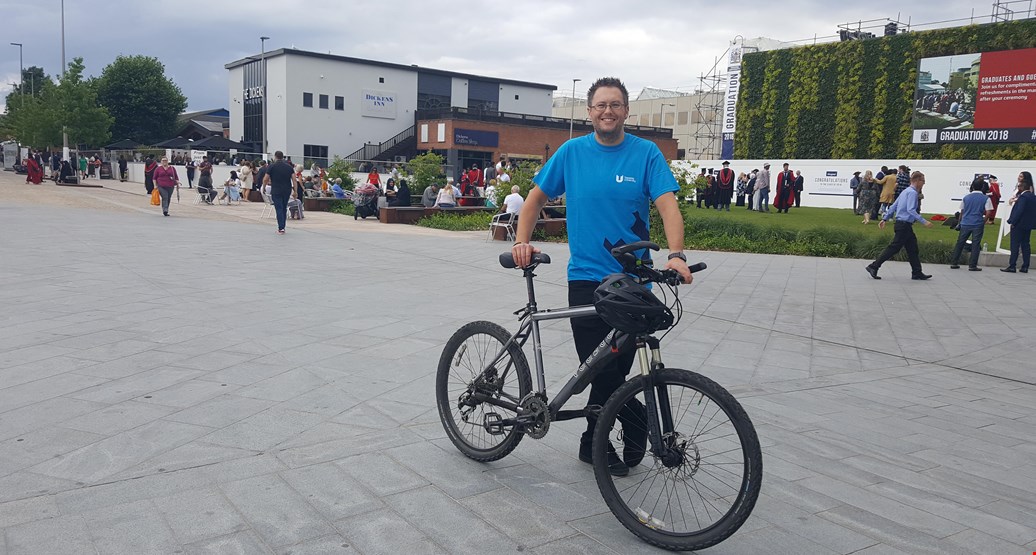 We met Richard on Graduation Day at Teesside University. Richard cycles to Teesside University's Middlesbrough campus where he works as a Digital Learning Developer. The work he does involves developing resources and delivering training to enhance the digital skills and capabilities of staff and students. As a way to reduce car journeys to and from campus this got a big thumbs up from us!

So where does Richard cycle?

“Most of my cycling is to and from work.” he told us, “I ride for six to nine months of the year. When it’s windy it can make it difficult so that’s when I drive instead.” he explains.

Richard bought his bike through a cycle to work scheme

So how far does he cycle each day?

“My route is about six miles. Partly on off-road cycle paths from Ingleby Barwick. It’s a nice easy route.”

Richard went on to explain how he had first taken up cycling when he lived in Acklam seven years ago. His route then was just 2 miles in and out of work. Starting with a shorter route helped him to get into it and build up his fitness.

Cycling to and from work has helped Richard to lose an amazing six stone. In addition to this he is now able to make a tank of fuel go three times further so is something he will definitely keep doing!

Start cycling with us on Love to Ride

Starting cycling could seem a daunting prospect. Love to Ride is a free fun way to start cycling with challenges running throughout the year offering daily prizes. Even a 10-minute cycle counts to enter and you get points for encouraging others.

If you would like to start cycling why not register, it's free and only takes a couple of minutes.

“I have nice bright lights for the winter, including a set of spoke lights so that I can be seen from the side at intersections.” explains Richard who was once hit from the side by a car on a dark night.

We chatted a bit about our Shining Example campaign which we will be running again this year reminding cyclists to be visible in the dark and drivers to look out for them.

Find out more about Shining Example. 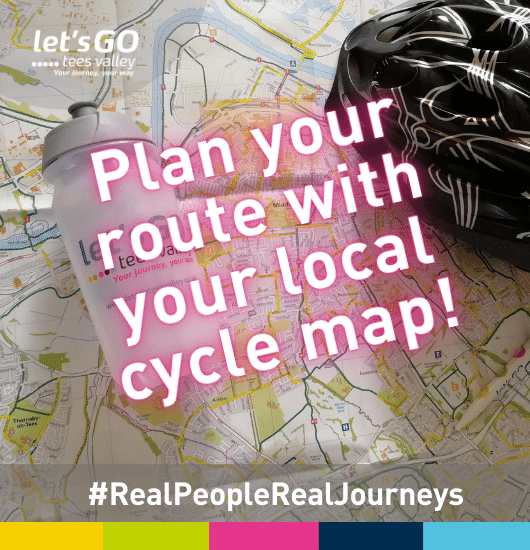