Cycling to work and beyond pedals away the stress

As a doctor at North Tees Hospital, Roisin's job often leaves her stressed out. But cycling to and from work gives her the breathing space to process what's been going on and clear her head. Here's her own story... 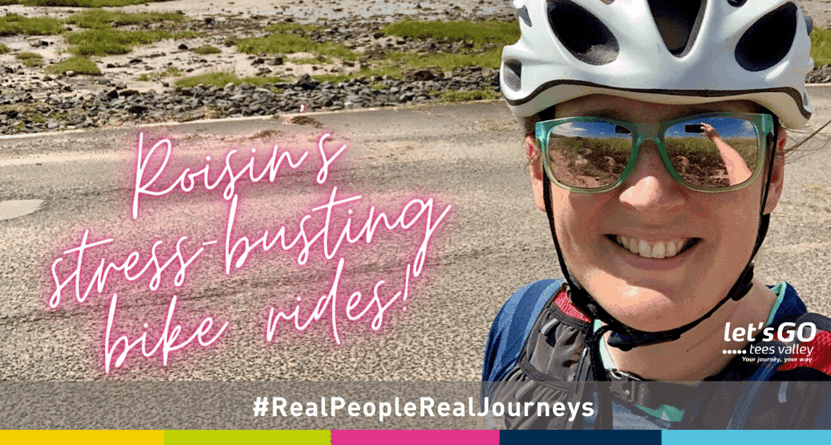 I’m Roisin Bevan, and I’m 39. I’ve always cycled on and off, either “playing out on my bike” as a kid, or owning a bike as a student and junior doctor. I really got into it in 2014 when I signed up for a 300-mile, multi-day cycle to raise money for charity. I bought a road bike and built up from 10-mile rides that felt exhausting, up to being able to do 80-100 miles in a day (which still felt exhausting!). Over the next couple of years, busy on-call jobs and commuting around the northeast for my training kept the cycling mainly down to weekend trips out.

I now work at North Tees Hospital as a consultant in a permanent post rather than a rotating one, so when I decided to move nearer to work, some of the main criteria were around how easy it would be to get out into the countryside for a ride, and how long a commute to work on the bike it might be! At the start of 2020 one of my New Year’s resolutions was to cycle the 12-mile round trip at least once a week, which I was managing to do.

Then COVID-19 hit... so work has been different, but due to virtual clinics, less travel between the hospital sites, fewer meetings to attend around the region, I am now able to cycle to work more often. During the light summer evenings, cycling home “the long way” through some of the local villages was a great way to clear my head from all that was going on.

I cycle a lot with my colleague, and it’s a great chance to have a bit of an offload of things on your mind - whoever has been on-call is allowed to do the most venting, and the other person buys the coffee at the obligatory cafe stop! We have a work cycle “club” too, and we try to get out once a week during the summer - it’s a good way to pull you away from the paperwork on time, and catch up as a team. 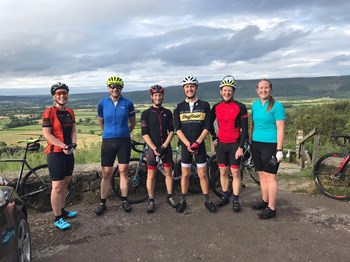 This year has definitely shown me the benefits of commuting by bike. Lots of shorter journeys have probably increased my fitness more than one really long ride once in a blue moon. I’ve enjoyed the routine of my cycle to work - I discovered the off-road route that takes me all the way to the hospital without going on the roads. It’s a bit slower than going on the roads but it's much prettier and safer, and I’ve liked spotting and saying hello to the same people each time.

I think the cycle routes in the area make it really accessible for anyone wanting to give it a try. Outside of commuting, exploring the local area has really made me appreciate where I live, and whilst sometimes we do longer or hillier rides, even the 20-odd milers are just as therapeutic (and still warrant a coffee stop!).