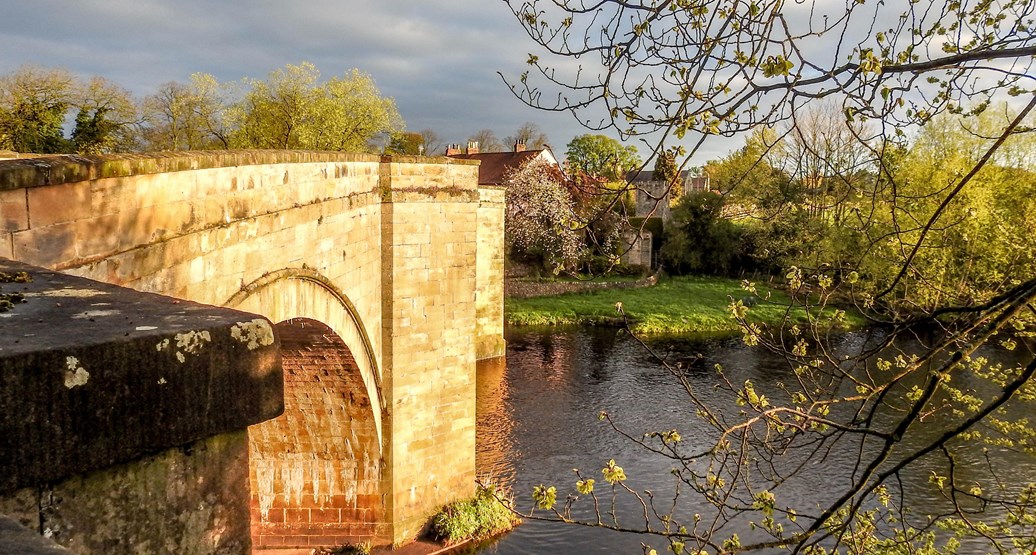 A short river walk near Darlington

The weather is looking great this May bank holiday. This short walk is around half a mile (1km) in the beautiful village of Piercebridge, Darlington. The walk includes the historic site of a Roman Fort and a stretch of the River Tees.

This walk is close to bus routes X75/76. You can try leaving the car at home and plan your car free journey to Piercebridge via the Connect Tees Valley journey planner at the top of our homepage.

The Roman Fort at Piercebridge

Piercebridge Roman Fort is one of a number of forts built along Dere Street, which was one of the most important roads in Roman Britain.
The Romans probably first came to Piercebridge in 70 AD when Cerialis attacked the British camp at Stanwick, three miles south of Piercebridge. Between 79 and 85 AD during Agricola's northern campaigns it is likely that Piercebridge was a major strategic river crossing on the main eastern supply route and a military presence to guard a bridge would be expected, yet no trace of a fort of this period has been located.

Towards the end of the 2nd century the first bridge, possibly destroyed by a flood, was replaced by another further downstream to the east and the alignment of Dere Street was diverted. A civil settlement was found near the second bridge in 1971 and excavated. The south bridge abutment excavated the following year is now preserved and open to view. Since Roman times the River Tees has altered its course and the bridge is now high and dry.

By 125 AD a vicus or civil settlement was being built in the Toft's Field beside the early line of Dere Street. The residents were traders who relied on a permanent garrison for their living.

The fort seen today is thought to have been built around 270 AD or soon after. By 300 AD it seems to have been largely abandoned and kept on a care and maintenance basis for some 50 years, re-occupied in strength and much altered.

The finds from the excavations are on permanent loan from Darlington Borough Council to the Bowes Museum, Barnard Castle.

Wear appropriate clothing and footwear for the weather. Be careful near the river and keep children away from the edge. This walk includes a squeeze style so is unfortunately not wheelchair friendly. Please follow the Countryside Code, take your rubbish with you and leave gates as you found them.